My next few projects were derived from an excellent book I was lent by my professor. While reading through Visual Perception From a Computer Graphics Perspective I found a section that discussed how we use shading to determine the shape of objects. Darker areas are generally perceived to be farther away, so the shapes below appear to be 3D spheres while they’re actually 2D circles. 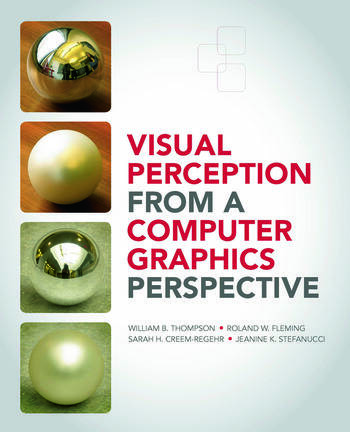 Demonstrating this was extremely easy. I started by using Maya to create a simple 3D rectangular prism with convex and concave areas. I imported the prism into Unity, placed a spotlight that faced the top of the prism, and wrote a script to move the camera closer when the space bar is pressed. Initially you are placed far from the prism and asked if you can tell which square is sticking out towards you and which square is sticking in away from you. It is nearly impossible to tell due to the lack of shadows. After space bar is pressed, you are moved closer to the prism and the answer is revealed. VR didn’t really play much of a role in this experiment, but it was still neat to see it through the Oculus Rift.

View all posts by John Sermarini